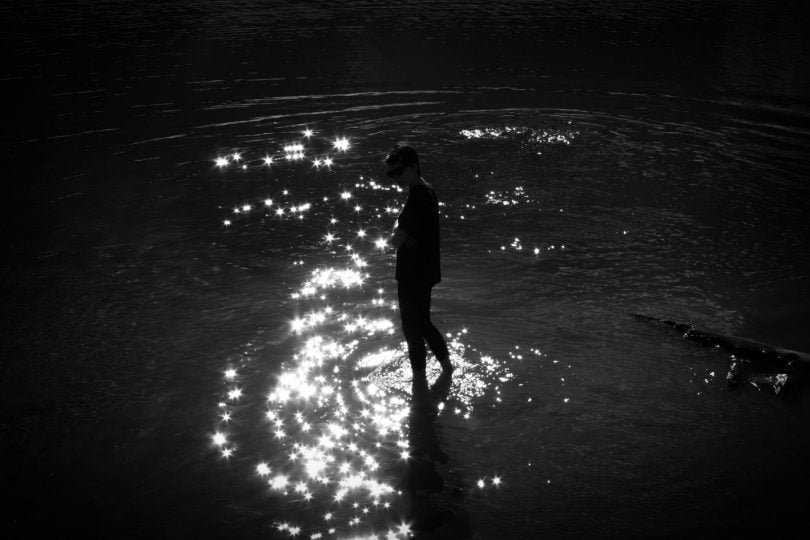 As she wakes up her cool blue eyes protest to the searing light illuminating the room. Lifting herself up from the cold concrete floor, she notes the cheap looking table and chair dominating the cell like room, a worn out leather arm choir neatly placed in the corner. Eventually she restores her equilibrium and observes the landscape of the imprisoning room.

A vast mirror hanging from the main wall creates the illusion of making the place seem bigger than it actually is. The walls are high quality brickwork coated in a reflective shade of white paint, as if to intensify the brightness of the room.

There’s a robust and secure entrance to the room, any skillful attempt to escape would be met by a solid wall of cold steel.

Suddenly a tannoy like broadcast interrupts her train of thought.

She gingerly approaches the mirror presenting her slim and toned physical presence, wearing a dark green pair of shorts and matching t-shirt, the perspiration fuelling her heightened sense of things provides a deep chill to her clear skin.

Adjusting her features into a concentrated frown she notes a swelled and bruised right cheekbone, a faint sting at the back of her skull and a dull headache. As she attempts to recall how she sustained these injuries only to be obstructed by the debilitating pain from the headache.

Cautiously walking towards the entrance she nervously shouts “heelloo?!” …. nothing.

The thick steel door is quickly unlocked and two men appear, reacting to the surprise she instinctively assumes battle stance, the large men attack her with viscous and precise force, unable to match such strength the girl is quickly overwhelmed.

The men say nothing, opting instead to bind her wrists and drag her towards the worn out armchair, the men drone “don’t move!”

She obeys settling into the chair appreciating the relative lack of pain inflicted. The two men leave the room with haste and purpose leaving the steel door secured with three separate locks.

Suddenly her headache again intensifies, the source of the pain coming from the back of her head above her neck slightly to the left. She closes her eyes in an attempt to reassemble the lost past few hours without success, eventually the pain fades to the original and familiar discomfort.

The steel structure is noisily opened once more and a bespectacled man slowly enters.

His eyes focus on the confused girl. He is dressed in an expensive looking white shirt with black trousers shoes and a fresh silk black tie, overlain with a full length white lab coat. His thinning black hair side parted with a spare turf forming a comma down the left side of his tanned and leather like forehead. He appears to be mid 50s, in good health and well groomed, he is holding a folder containing at least 100 files.

“Jessica Ridgewell?” he enquires in a strong German accent.

There is no recipient, pausing anxiously he eventually retracts.

He moves the table seat and places it in front of her, sitting down he opens the folder reading out a profile “Jessica Ridgewell age 32, 5 foot 2, weighing in at 114 pounds, occupation landscape gardner”

“A pleasure to meet you Miss Ridgewell, today I am tasked to figure out who your real employers are…”

“To begin with I must say sorry, my men were under orders not to hurt you, clearly they need to be sent for hearing test” his attention moves to the girls cheekbone “That’s a nasty bruise, I’ll have doctor come in and have look at that”

The tannoy screams “WHATS IN THE MIRROR!!”

Recoiling in pain, Ridgewell looks at the man in utter bewilderment, trying to think of something to say.

“You hear something?” the man asks.

“Did you not hear that?! Tell me you heard that!?”

The mirror starts to shimmer and liquidize like a light breeze on a still night pool, suddenly the mirror evaporates, revealing a static lifeless individual, the lack of lighting makes it difficult to make out who it is, the slender build suggests a female but she could never be sure. As if in recognition her heart accelerates, not in fear just a heightened sense of things, her eyes begin blazing hungry for ideas on how to escape.

The man quickly rises out of the chair, dropping the folder in fear and retreating slowly towards the steel door, whispering German into his collar mic “she’s here” which her mind unknowingly translates.

In a surge of anger she bursts free of the strapping’s striking the professor with a swift elbow and fist combination knocking him unconscious, there’s a loud impact as he hits the ground. Searching the Professor she locates the connected radio and the sturdy set of keys locking the door, a subsequent siren is activated gradually becoming louder and more intense.

Glancing momentarily at the slender figure, she contemplates what she will confront when escaping.

The voice whispers, “It begins.”