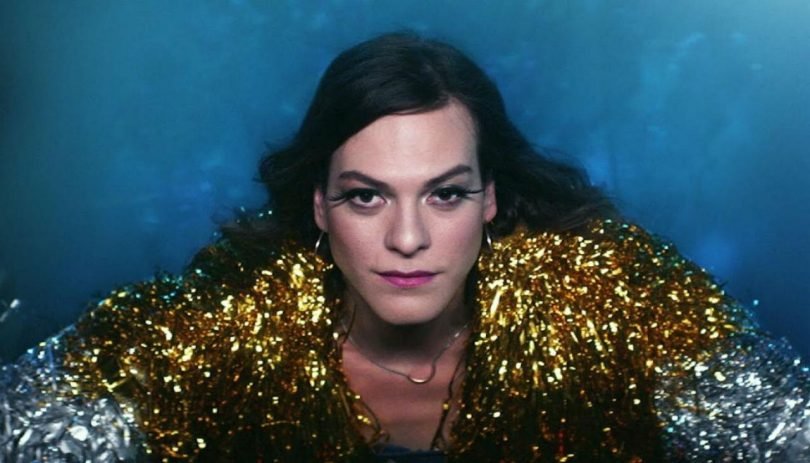 From its opening shots of cascading waterfalls, Sebastián Lelio’s A Fantastic Woman promises to be a force of nature. The portrait of grandeur is by no means hyperbolic; on a much more compact scale, that force resides within our heroine, Marina.

Marina Vidal (Daniela Vega) is a young transgender woman living in Santiago, in a loving relationship with a much older cisgender man, Orlando. When Orlando’s health takes a dramatic turn, resulting in his sudden death, Marina is left reeling. Immediately, the aftermath of the situation presents its specific challenges for her. Her erratic behaviour and the injury sustained to Orlando’s body, before his death, throws up the suspicion of doctors and police, whose prejudices are all but apparent in their handling of Marina’s case. Even a sexual offence investigator, makes gross assumptions about the nature of Marina’s relationship with Orlando. And yet, Marina’s most scathing profiling comes from those closest to her lover.

Marina tries to deal respectfully with Orlando’s family, who deny her any involvement with his posthumous affairs. She’s chased out of Orlando’s funeral with the biting words: “Have you no respect for other people’s pain?” This is the irony of it all. Barely anybody, from the moment of Orlando’s death, takes a minute to consider Marina’s pain in the wake of her loss. Every physical aspect of the life she shared with Orlando is stolen from her as she tries to navigate her own grieving process. Nothing is left to Marina’s control; all she has left is a key to an unknown door, amongst Orlando’s personal effects at the time of his death.

Lelio’s film is one obsessed with images. Countless times we are found looking at Marina’s reflection; and her double-self stares back at her (and us) with defiance. Orlando’s ex-wife says to Marina candidly; “When I look at you, I don’t know what I’m seeing.” But we, the audience, absolutely do. Despite the relentless will of others to distort her identity to fit their narrow view (which reaches an assaulting climax), Marina’s sense of self is steadfast.

All of this is carried, unequivocally, by Daniela Vega’s performance. For only her second feature film, Vega has an astounding screen presence. The camera barely ever leaves her, and there are so many long takes that are simply Vega walking towards us, staring down the lens. Though frequently alone and lacking dialogue, Vega never relinquishes our attention; her arresting gaze alone is an image that won’t hasten to fade from your mind after you leave the cinema. One of her most spellbinding – almost mythical – moments comes when Marina takes to a buzzing, psychedelic gay bar to try and dance away her pain. It’s a wonderfully unexpected scene of glittery, choreographed catharsis.

A Fantastic Woman says all it needs to with its title, and you’d better believe it. Lelio gifts us a strong, yet reserved and calculated narrative with a powerhouse performance at its centre that demands to be remembered.