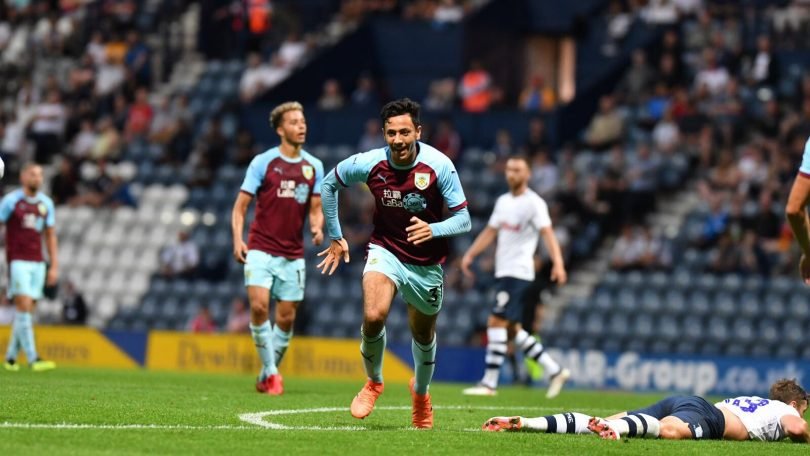 Burnley were 90 minutes away from playing in the group stages of a European competition for the first time in over 60 years. They faced Olympiakos at Turf Moor on Thursday night looking to overturn a 3-1 deficit suffered in Greece a week earlier. Unfortunately the Clarets fell short, drawing 1-1 on the night to lose 4-2 on aggregate in one of the most one sided games of football I have witnessed in a long time. The home side repeatedly knocked at the door and missed glorious chances, none more so than Sam Vokes who could have had a hattrick.

The immediate feeling around Clarets fans will be of disappointment and what if? However this defeat could be a blessing in disguise for Sean Dyche and his men. Burnley have only picked up 1 point in their first 3 premier League games – away at Southampton on the opening day – and were already looking like they were struggling to handle the Sunday, Thursday, Sunday schedule that Europa League football demands.

Did Burnley need to be eliminated from the Europa League for the sake of Premier League survival?#MOTD2 pic.twitter.com/ZdqFBQobQk

The Clarets finished 7th in the Premier League last term, which meant they entered the second qualifying round in this years tournament. An obvious overachievement for Dyche with his small Burnley side that had little funds to play with. It did mean that Burnley’s 2018/19 season would start in late July and whilst fellow Premier League sides were playing pre-season friendlies, the Clarets were travelling to the likes of Scotland and Turkey trying to continue their European adventure.

A season in the Europa League would obviously be an exciting prospect for Burnley, however it can be a long, demanding and sometimes gruelling challenge that not many teams can match. 6 matches just to qualify followed by a further 6 matches in the group stages and Burnley are already looking at 12 extra matches in their calendar before Christmas. And whilst this could have been a new and exciting season for Burnley fans, they need to remember that survival in England’s top tier is priority, and I believe this defeat may have kept them in the Premier League, and here is why.

To play in a European competition for a season whilst also juggling a demanding domestic campaign requires both squad depth and quality in that squad, unfortunately Burnley had neither. Once Sean Dyche found out his side were going to compete in the Europa League he needed to invest heavily in the summer transfer window to bulk up his squad

Dyche only brought in 3 players in the summer and, as a result of this lack of activity in the transfer market, The Burnley boss has been putting out the same starting XI in both Europa League qualifiers and league games and quite frankly those players aren’t good enough or fit enough to be playing that much. Dyche built his success with Burnley last season on being a strong, defensive team that were unbeatable at home. Those tactics work fine when you are playing every Saturday and your squad gets a week to recover. However when you are playing twice a week you need that depth and quality to help when players get tired or injured and those seemingly indestructible tactics become, well, destructible.

Burnley are yet to win a game this season following a European qualifier and I believe that trend would’ve continued had they made the group stages. They were mediocre at Southampton on the opening day, getting the draw they probably set out for. Whilst at home to Watford and away at a winless Fulham the Clarets looked poor, unorganised and like they had already been playing in Europe for months, travelling thousands of miles. Even if they went out at the group stages it would’ve been an extra 6 games added onto their fixture list with a lot more travelling. By that stage, which would be mid December, Burnley’s league campaign may have already been in serious jeopardy. However, now they are out of the competition they can reignite their season. After a tricky home game against Manchester United and an eagerly awaited international break, the Clarets face Wolves, Bournemouth, Cardiff and Huddersfield; very favourable games. So heads up Burnley fans, this may well and truly have been a serious blessing in disguise.