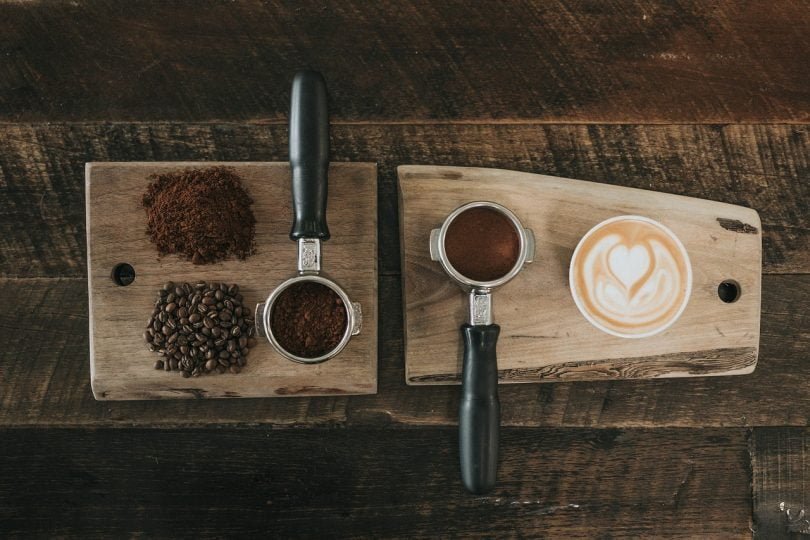 When people think of the UK, a widespread stereotype is the image of a nation where people meet at 5 o’clock and drink their afternoon tea out of porcelain cups. It might be true that British people drink more tea than many other countries but, at least in London, I cannot say that the afternoon tea is part of the Brit’s daily routine (except for tourists). Besides, 95 million cups of coffee a day tell a different story: According to the latest studies of the Centre for Economics and Business Research, that’s the coffee consumption of British people in 2018.

The UK has turned into a coffee nation with a vast and vibrant coffee sector. Especially the multicultural London offers a great variety. Besides the known high street chains, you can find many independent cafes with different influences – from the Italian Espresso bar to coffee shops with a Scandinavian concept. Since London (and the UK) don’t have a long history with coffee, it was easier for several niches to develop. There is just one culture, that has a long tradition with the caffeinated beverage, which is often overlooked: the Austrian coffeehouse culture.

Maybe this article will change that a little bit. Here are six good reasons why you should start including the Austrian coffeehouse culture in your life (and definitely six reasons why they kick coffee chains in the butt):

Coffee Creations with a History

Let’s start with the obvious: the typical Austrian coffee creations.

In earlier times the coffeehouse owners used to brew the coffee by themselves which is why they are called “Kaffeesieder”, which can be translated into ‘coffee roaster’. Today, some of the old coffeehouses still have their coffee blend or signature coffee creations, but espresso machines are meanwhile a standard part of the equipment. Yeah, even coffeehouses move with the times.

Therefore, you’ll find a huge variety of different coffees on the menu: From the well-known Cappucino and Café Latte to Melange, Einspänner und Fiaker. But would you even know what you get, if you ordered one of them? Let me give you insight here:

A mixture of a Mokka and steamed milk. With the milk froth on top, it is similar to a Cappuccino but less strong (since it is made with Mokka, not Espresso). The name Melange derives from the French word mélange, which means ‘mixture’. Some baristas refine a Melange with sugar, honey or even a bit of cocoa (which is less authentic).

It’s a strong black coffee that is topped with whipped cream. The name translates into a one-horse carriage because the coachmen used to drink it that way. Usually, it is served in a tall glass with one handle so that they could hold it with one hand while the other hand was holding the reins. The thick layer of whipped cream kept the coffee warm for a while, and if they had to leave suddenly, they just had to mingle the cold cream in the coffee. That way it cooled down, and they were able to down it.

Basically an ‘Einspänner‘ but with a small dash of cherry liqueur. It helped the coachmen to stay warm during the winter.

A small Mokka with a lot of milk, some sugar and whipped cream, served in a special glass. The name is based on the fact that its colour looks like the cowl of the Franzsikaner monks.

Those are just a few popular examples, but depending on the coffeehouses you can find variations with cinnamon, different liqueurs, hints of chocolate or oranges or even Turkish coffee. Traditionally the waiter will serve the coffee on a small silver tray together with a glass of water. During the heyday of coffeehouses, when mainly people of the upper classes spent their time there, the water was used to clean the spoon in it. It wouldn’t have conformed to the noble customs to put the dirty spoon on the saucer or – God forbid! – lick it.

Entering a traditional coffeehouse is like travelling in time. If you have ever seen ‘Midnight in Paris’ you probably know what I mean. When you sit in one of the soft Thonet chairs on a small marble table, watching the waiters in their tuxedos how they elegantly balance the trays with coffees around, you feel special. You wouldn’t be surprised if suddenly Mozart and Hugo von Hoffmannsthal stepped through the door. The fine interior with the huge windows and mirrors, chandeliers and wooden elements underline this atmosphere. The classical music playing in the background and the smell of freshly brewed coffee and homemade pastries make it a little, peaceful oasis from the hustle of the big city outside. It’s not for nothing that so many people called coffeehouses their second living room.

Don’t get me wrong: Avocado on toast is awesome but how about a bit of variety?

Let’s not follow the Instagram trends every day and trade your pancakes for a piece of warm Apfelstrudel – baked after grandmother’s secret recipe. Or if you more into savoury options how do Wiener sausages, goulash soup or a Schnitzel sound?

Although it’s called coffeehouses guests will always find a few specials of the day on the menu. Napoleon is the reason why you’ll get a proper meal in every coffeehouse: Between 1803 and 1813 the Viennese suffered from the Continental Blockade imposed by Napoleon. As a result, the tariffs on coffee beans became so high that the Viennese coffee houses were on the brink of ruin which is why they obtained the approval to serve wine and food. The coffee roasters continued this practice even after the Continental Blockade was lifted.

So, if you want some changes in your brunch habits or maybe think yourself back to the last skiing vacations, I’d suggest you visit one of the coffeehouses – either in London or Vienna.

Take Your Time Out

London is a fast-moving city. Everyone seems to be always busy, running around with their takeaway cups in the morning on their way to work. In a time where everything keeps moving on faster, people should take these moments to calm down. Take a break! There should at least be the time to sit down and have a coffee. I think coffee shops – and coffeehouses in particular – are places where life comes to a halt. Forget about your tasks for a while and think about your well-being. Self-care is the key to stay healthy.

Get to Know Your City

If you’re not convinced so far, then maybe just pop in to try something new. As a citizen of a multicultural city like London, I think it’s part of it to explore the diversity and learn about the different cultures. What better way to do that than with good food and drinks involved.

Wasn’t there this German class at school that you almost forgot about? Maybe you feel like you want to use at least the few words that you remember to order a cup of Melange.

‘Herr Ober’ will Take Care of You

The first thing many people have to learn when they arrive in London is, no matter where you go – Pub, Bar or Café – it’s common that you have to move your butt and order your food or drinks at the counter. Not so in coffeehouses. The experience is a treat right from the moment you enter the establishment. The waiter (‘Herr Ober’ in Austria) will take your coat, he will find you a seat (if you wish) and will try to make your stay as pleasant as possible with just the right amount of attention.

And instead of a grouchy, unmotivated employer in a dirty apron who barely notices you behind the counter because checking the Facebook account is more important, you’ll be treated like a special guest by a waiter in a tuxedo.

So, why not treat yourself from time to time – with excellent service, a lovely atmosphere and fantastic food.

If you now have a craving for homemade Apfelstrudel and a cup of Melange pop in one of London’s Austrian coffeehouses. The most authentic ones (in my personal opinion) are the Fischer’s, Kipferl and Delaunay. While Fischer’s and Delaunay have a bigger menu and focus more on the traditional interior design (which creates this unique atmosphere), the Kipferl is managed by an Austrian. Therefore, you’ll find original recipes made with imported ingredients and the Austrian charm. 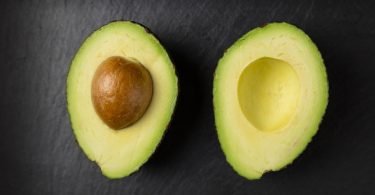