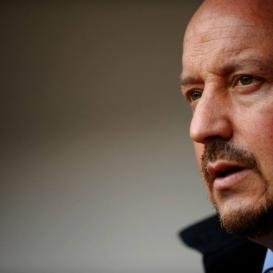 Get the strikers firing!

Rafa Benitez’s main priority has to be to squeeze some goals out of a side who have scored only 29 goals this season, with only Aston Villa bagging less with 22.

And it will not help that Rafa’s neighbours and relegation rivals Sunderland have an escape route in Jermain Defoe, a proven goalscorer who has rescued the Black Cats from the most desperate situations. So Newcastle arguably do not have the ‘get out of jail’ card in a top striker, but they do have a young Mitrovic whom the club believes has potential to be a great forward. If Rafa can get him firing then his goals will surely keep them up.

But their forward line lacks Premier League experience. Mitrovic signed for the club in the summer and has struggled to control his emotions nor score goals. Ayoze Perez has looked lost this season too, with former boss Steve McClaren dropping the Spaniard down the pecking order. In fact, it is central midfielder Wijnaldum who leads the score charts for the Magpies with nine goals, further proof that Benitez has a lot to address going forward.

Perhaps now is the right time to recall loanee Adam Armstrong from his free-scoring spell at League One side Coventry. The youngster might only be hitting it off in the Football League but so was Dele Alli this time last term, which is something to think about.

Sort out centre half disaster

With first choice centre backs Mbemba and Collocini on the sidelines with injury, Benitez will have to settle for Championship quality Lascelles and Steven Taylor, who is still feeling his way back into the side after a serious injury.

Newcastle have conceded 55 goals so far this season, the fourth most of any team in the Premier League. It is vital that the former Liverpool and Real Madrid manager organises his leaky defence. Perhaps there is a need to switch from McClaren’s 4-2-3-1 formation to a 4-1-4-1 with a sweeping midfielder to protect the vulnerable backline. It is only a question of who could act as the anchor between the back four and the midfield four.

Chiek Tiote is a possibility, and with Jack Colback filling in at left back against Leicester and Jonjo Shelvey being used as an attacking midfielder, it seems likely that Tiote’s discipline and agility could put him back in the Newcastle starting eleven. Henri Saviet is another option. The Frenchman was signed in January from Bordeaux to bolster the Magpies’ defensive options but is he good enough for the Premier League?

Newcastle’s away form has been dreadful. They have won just twice away from St James’ Park, against Tottenham and Bournemouth, and without a win away from home since December, this is something Benitez needs to address immediately.

We saw improvements against Leicester, with the Magpies looking somewhat resolute. It was only an acrobatic effort from Okazaki that split the sides last Monday. And that seems to be Rafa’s stronghold. At Liverpool, he worked meticulously on tactics and defensive organisation. That is his trademark and he will be hoping to make Newcastle potent once again.

This may be a long term target, but Rafa must undoubtedly address the injury crisis that always seems to bother Newcastle. There are 11 senior members of the squad who are out injured at the moment. Cisse and Coloccini look close to coming back, but it could be too little, too late. Whether the Magpies somehow crawl their way out of the relegation zone or not, it will the same old story again next season if something is not changed.

McClaren did commission a full scale review of training methods and the medical department for this summer, after alarm bells rang over the amount of soft tissue injuries and hamstring pulls. We can only wonder what McClaren’s season could have been like if he did not have so many wounded players.

Benitez is a manager not a coach!

Rafa Benitez was appointed by billionaire owner Mike Ashley as a manager not a head coach, a surprising love by the unnerving owner. This means Rafa will be in sole charge of coaching and of transfers most importantly.

This hints that time may be up for chief scout Graham Carr, who has disappointed in recent years with the signings of too many half-decent French players and not enough players in Yohan Cabaye’s calibre. The 72 year old has waned recently and even his most recent signings in Jonjo Shelvey and Andros Townsend have not paid off yet.

For once it seems that the Newcastle fans cannot point their fingers at Mike Ashley. He injected nearly £50 million to go to strengthening the squad in the summer. And whilst Wijnaldum has impressed, the majority of the others have not. It is time for a manager to build his own image and not be controlled by owners and scouts, and that is what Benitez should expect to do, should he keep the Magpies up.