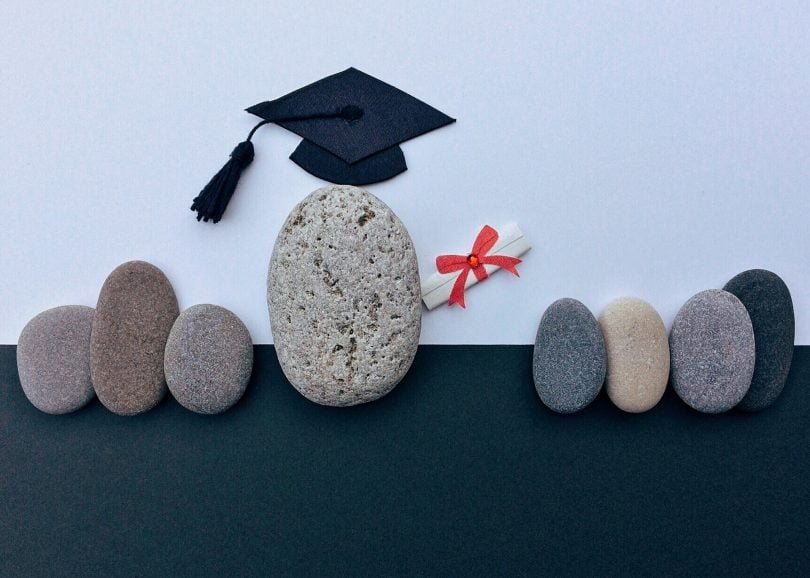 The year after graduating from university is undoubtedly a strange one. Sure, you’ve got your degree, but it’s hard not to be a little disheartened when you’re back at your Mum and Dad’s house in a 9-5 job and the 8,000-word epic you poured your whole life into for a solid year is tucked away neatly in your wardrobe, probably never again to see the light of day. (Or maybe that’s just me.)

I’m sure for lots of people, things do turn out as planned. You might have landed the perfect grad scheme, be renting a flat in London and be on your way to adopting a cat, but then again you might not.

Of course, I don’t regret going to uni – I’m exaggerating for effect – but I’ve learnt that the real world isn’t massively bothered about what went on during those three or four years, just as long as you come out the other side a shiny, fresh-faced adult, ready to take on the world. Well, not quite.

Everyone has very different experiences of university, but I like to think that I had a bit of both worlds. In my first year I went hard and in my third year I went home, literally. But having lived like a ‘typical’ student and having also spent an unhealthy amount of time holed up in the library, I feel as though I learnt quite a lot. But it’s what I’ve learnt since graduating that has helped me to feel a little more settled in this new, frankly bewildering stage of life

The things you learnt outside of your degree are the most valuable.

Clearly this is slightly dependent on what you studied, because if you do medicine or something equally as vocational, the content of your degree is probably going to be pretty important. But as an English Literature graduate, I feel as though the most significant things I’ve brought away from uni have nothing to do with Shakespeare, Muriel Spark or T.S. Eliot. Thankfully, I loved my degree and I don’t regret all those hours spent writing about other people’s words, but I’d say that the other things I got involved in, the people I met and the late night Deliveroo’s I ordered have done more to shape me.

University is a bubble.

Maybe I knew this before, but I’m not sure I quite understood what it meant. At uni, everything is set up for you, easily accessible and comfortingly structured. Your reading lists are posted helpfully online, your friends are all within reaching distance and the £5 wine is on the middle shelf in Nisa. If you don’t turn up to a seminar one week, you get a nudge from a concerned tutor to coax you out of your mid-term slumber. Once that bubble has burst and you’ve been plonked back into reality, nothing happens in your life unless you do something about it. Sure, no one pays your bills or books your dentist appointments for you at uni, but the doctor’s surgery is probably on campus and maybe your rent has bills included. It’s not that these things are particularly difficult, they’re just things that have to be done. I thought I was living independently while I was at university, but I think I still had the stabilisers on.

Living back at home while you get your life together doesn’t mean you’re failing.

Before I left to go to uni, I kind of assumed that once I’d moved out of my family home, I’d have moved out for good. I was now an official adult, so no way could I come crawling back to my parents with a shed load of student debt and a mildly dysfunctional liver. But here I am, almost a year after graduating, living at home and trying not to revert to being a 14-year-old child. Living with your parents is kind of like having housemates, they’re just a little over-protective and several decades older than you. It’s not easy, but if you’re lucky enough to be able to live at home and save some money, it doesn’t make you any less of a real human being.

You don’t have to be in your ‘dream job’ straight away.

Having spent almost two decades preparing for a university education, I think I just assumed that the next logical step would be to land my perfect job upon graduating. I would work hard, get a good degree, bang out a few applications, fumble my way through a couple of interviews and boom, I’m there. Clearly, it doesn’t always work like that. Listening to the number of podcasts that I do, I often hear ‘successful’ people talking about their careers. I’ve been both surprised and comforted to hear most of them say something along the lines of, “I did a year of this here and a year of that there.” Apart from the odd few, the vast majority of people do a few years at random or less-than-ideal jobs before working out what makes them tick. Even if you already know what makes you tick, your career doesn’t have to be sorted at the age of 22.

I’m not sure I appreciated how hard being in your 20s is before I went to university. Turns out that uni is just the start line. Not in a depressing way, but more in a comforting way because those three years act as a sort of warm-up for how it feels to be a strong independent woman (or man) but to have absolutely no idea what you’re doing. You’ll probably feel lost, you’ll probably feel confused and you’ll probably wonder how you ever survived three years on your own. But when you’ve got impostor syndrome at work or you suddenly descend into a blind panic about life, pour yourself a large G&T and remember that people wouldn’t write whole memoirs about surviving their 20s if they were easy.