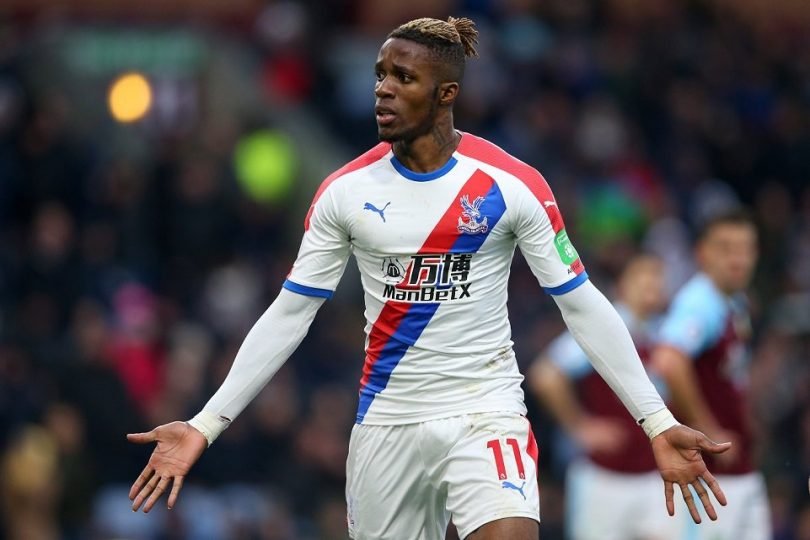 The five games I’ve chosen for this weekend’s edition of ‘must see matches’ feature two derbies; one between two teams who have outside chances of reaching the Championship play-offs, and the other that is named after a motorway. In the Conference Premier 2nd hosts 1st, whilst we’ve got games from Spain’s first and second tier.

The M23 derby kicks-off matchday 30 in the Premier League with both sides hoping they can get a result that increases the gap between themselves and the relegation zone. Going into this game the Eagles are in 13th place, eight points above the drop zone. Brighton on the other hand are only five points above Cardiff in 18th and the Seagulls have hit a poor run of form at a vital point of their season. The 1-0 victory against Huddersfield last week was the seasider’s first since the turn of the year (eight games). Palace have won four of their nine games in that time. Despite struggling in the league, both these teams are on course for a trip to Wembley as they are one win away from an FA Cup semi-final. Crystal Palace face fellow Premier League outfit Watford, while Brighton travel to Championship side Millwall. Albion are looking to complete the first top flight double between these sides.

First in the league travels to second on Saturday, with Orient knowing a win will mean they leapfrog their opponents. In what is such a tight battle for the title this season, Wrexham feel a win is vital at Brisbane Road as both their hosts and Solihull Moors, in third, have a game in hand over the Welsh club. There are only two points separating first, second and third and with only one team going up automatically, every point is critical. Whilst teams around them have dipped in form, Wrexham have found theirs, winning five of their last six games to climb to top of the table. Orient have won their last two, after winning just one of their previous five as they look to re-enter the football league two years after being relegated from it. The O’s won the reverse fixture 2-0 back in November, can they complete the double whilst simultaneously taking top spot?

Two teams at either end of the La Liga table meet on Saturday night as Getafe hope to continue their wonderful season with a win that will boost their Champions League hopes. The club, based just outside the capital, are in 4th with 12 games left. Despite only being promoted to Spain’s top division last year, Azulones now have genuine aspirations of playing European football as teams like Sevilla and Valencia have been consistently inconsistent this season. It would be the first time since the 2010/11 campaign that European football would be played at the Coliseum Alfonso Pérez. Huesca have different dreams; to stay in the league. The North-Eastern side are competing in their first ever top flight season, and victory last weekend over Sevilla has given the last-placed team a new hope of survival. SD Huesca are now only three points adrift from safety, meaning the battle for safety at the bottom of La Liga is beginning to heat up! Their next three games however are against teams all in the top five, so getting any amount of points will be a huge achievement.

The 128th edition to the Second City Derby could be a crucial one, with both Birmingham and Aston Villa having outside shots at landing a play-off spot come May. When these two met at Villa Park in November, they played out an absolute cracker! Villa came out 4-2 winners,  with Alan Hutton scoring the pick of the bunch, putting the ball in the back of the net after a 70-yard run. Gary Monk’s men will want revenge for that game, and have no bigger incentive than knowing a win over their rivals could put them within a point of the play-off places while extending a five-point gap over Villa. Birmingham’s form has been hit and miss recently with only three wins in their last ten. They do however have a striker in Che Adams who is red-hot right now. He scored six goals in the month of February to pick up the Player of the Month award and with Aston Villa having conceded the most goals in the top half of the table, Adams could be filling his boots once again come Sunday lunchtime. If it’s entertainment you want, look no further than a game involving the claret and blues. There has been 114 goals in the 35 league games they have been involved in this season, the fact that 51 of those have been conceded will concern manager Dean Smith and will show him what needs to be worked on if Villa want to achieve promotion back to the Premier League.

For the fifth and final game of this weeks article we take a trip to southern Spain and to the nation’s second tier where a top of the table clash is set to take place. We are entering the business end of the season and both Malaga and Osasuna are well in the hunt for a promotion spot in the Segunda Divisíon. The visitors currently sit top of the pile, but only four points separates themselves and their hosts in fourth place. If Osasuna were to win this game, they would potentially have a seven point buffer to the play-off places which would be huge at this stage of the year, BUT a Malaga win would blow the title race wide open. With second-placed Granada and third-placed Albacete playing before these two do, come Monday night when this match kicks-off the top of the table could look very different. Even Deportivo La Coruña, in fifth, are only four points off of the automatic promotion spots so it really is all to play for. Going into this game Osasuna have won six of their last seven to climb the table, whilst Malaga are struggling to find that winning touch of late, drawing five of their last six. The host’s have the second best defence in the league, but the league leaders did manage to score twice in a 2-1 win back in November. With the title race so tight between potentially five clubs, who will take the three points in this must-win match?