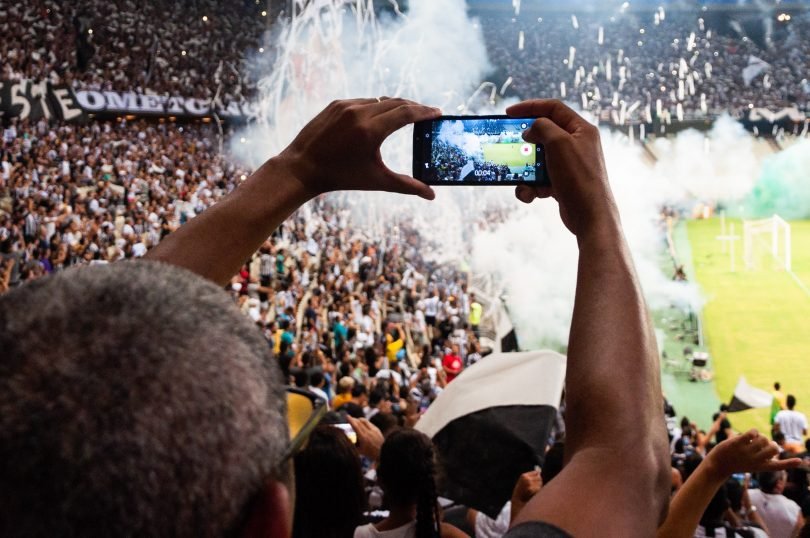 We’re back! 5 must see matches makes it first appearance of the 2019/20 season and boy do we have a line-up for you! It is very much a title-battling themed week as three of the five matches are first and second going head-to-head in their respective leagues. We also take a look at a match-up at The City Ground between two promotion contenders before rounding up with a mouth-watering Milan derby, so lets dive in!

We start at The City Ground, where two sides tightly contested in a promotion battle lock horns. In what is an extremely competitive season in the Championship (when is it not?!) fourth hosts second but, despite the home side being two places lower in the table, the form guide suggests Nottingham Forest may actually be favourites.  Forest’s defeat at Birmingham last weekend ended a seven game unbeaten run, but five victories in those seven games has seen them climb from ninth to fourth, whilst also closing the gap to the automatic promotion places by nine points. This impressive form has been partly down to forward Lewis Grabban finding his stride too, with the striker scoring six goals in those seven games. Grabban is now second in the scoring charts having found the back of the net 16 times. The 32-year-old will have his work cut out on Saturday though, as he will be coming up against the second best defense in the league. Along with a resilient backline, Leeds do also brag the third best away record this campaign however, their recent form goes completely against these stats and their current league position. The Yorkshire side have only won two of their last nine fixtures, conceding 16 times during that run. We’ve seen Leeds buckle after having such strong promotion or play-off positions in previous seasons, surely they won’t make the same mistake again, will they? The cushion between them and the chasing pack was as much as 10 points at one stage but defeat on Saturday could see them drop out of the top two. They do have an experienced side led by a fantastic manager in Marcelo Bielsa as well as Patrick Bamford who has 13 goals this season. I believe this game will have huge repercussions on both of these sides’ form going into the rest of the season; a home victory could see Forest surge to the top in coming weeks whilst simultaneously causing Leeds to plummet. On the other hand, if Leeds were to pick up the three points that could revitalize their season and allow them to regain control of their destiny. All eyes on this one then!

Our first installment of potential title deciders comes courtesy of Liga NOS, where leaders Benfica travel to Porto knowing victory could hand them an unassailable lead at the summit of the Portuguese league. The current champions have started the season in scintillating form winning 18 of their 19 domestic fixtures so, even though there will be 14 matchdays left to play after this weekend, anything other than a Porto win could mean Benfica run away with this one. The hosts aren’t in the worst form themselves, having only dropped points in four of their league games this season which has helped them to (just about) stay in touch with Benfica. Furthermore, Porto have won 24 points from nine home games this season, and have only conceded three goals in that run. Very impressive. Its hard to talk about the visitors though without praising them, their numbers are quite incredible; 16 wins on the bounce, highest scorers, tightest defense and they don’t just have the leagues top scorer in their squad, they have the top two. BUT – and this is a big but – the only side to beat Benfica this season, the only team to end 90 minutes in a match with the Eagles and to have not suffered defeat is, yep you guessed it, Porto. The 28-times champions were victorious when they visited Benfica back in August by a scoreline of two goals to nil. With striker Tiquinho on fire too, having scored eight in his last eight starts in all competitions, Porto do have a big chance of winning this must-win game. With there being a whopping 14 point gap between Porto and the chasing pack, the emphasis is really put on this fixture and the three points available in it, especially because this is the last time these two will meet in the league this season.

The first stop on Super Sunday is the Süper Lig in Turkey, where two surprise leaders meet. Sivasspor, who have never won this division, find themselves top after matchday 20. Their visitors, Istanbul Başakşehir, are just two points behind in second and are also in the hunt for their first Süper Lig title. With Fenerbahce, Galatasaray and Besiktas all struggling this season it has allowed the more unlikely teams to stake a genuine title challenge and Sivasspor certainly have taken advantage of their fellow sides’ misfortunes. The hosts boast the best home record in the league with eight wins out of ten and are actually undefeated on home turf, that run nearly ended but for a 90+3 minute equaliser in their last home match against Caykur Rizespor. Istanbul started the season with two defeats but since then have only lost one of their last 18 league fixtures which has seen them rise up the table. The 2018/19 runners may have failed to score in their last away match against Fenerbahce, a game they lost 2-0, but have scored 16 goals in their other four previous games. Striker Demba Ba (remember him?) has netted four times in his last three, whilst winger Edin Višća has three goals and four assists in his last five. Sivasspor have hit a little snag recently, failing to win three of their last five domestic games and suffered an embarrassing 5-1 thrashing last week to mid-table side Gaziantep FK. Perhaps these are signs of a team looking for their first Süper Lig title feeling the pressure, will they crack? With the top six being separated by just five points any sign of weakness shown from the table toppers will be punished by their fellow challengers. If either of these sides were to be crowned champions this season it would end a nine year run where one of the ‘big 3’ haven’t won the title. However, with 13 games still to be played after this weekend and with the pack so bunched up it is going to take some nerve to see this title-chasing season through.

Sunday’s second installment comes courtesy of a tasty looking clash in Munich, where Bayern welcome RB Leipzig to the Allianz Arena. Usual runaways Munich had a hit-and-miss start to their season, allowing the likes of Leipzig, Borussia Dortmund and Borussia Mönchengladbach to have rare hopes of lifting the Bundesliga trophy in May. However, the reigning champions are on a surge to regain control of the league they so often dominate and have won their last six games. In that time they have scored no less than 23 goals, with Polish forward Robert Lewandowski netting half a dozen in that run. The 31-year-old is now the league’s top scorer with 22 goals, the man in second place just two goals behind? Well that would be RB Leipzig’s Timo Werner. The German is spearheading Leipzig’s title challenge but since returning from the winter break, where his side had a four-point gap at the top of the division, RB have won just one of their three league games including a 2-2 draw against 10-man Mönchengladbach. Oh and they also got dumped out of the cup by 12th placed Frankfurt. Not an ideal time to implode when in search for your first ever top flight championship and if there is any team that will thrive off their opponents vulnerability, its Bayern Munich. There is hope for the visitors though, Munich have shown signs of weakness at home, losing twice and drawing once. The reverse fixture did end in a 1-1 draw, would Leipzig take that result now? This game feels like a huge one then. If Leipzig can somehow turn around their misfortunes and win in a stadium where so many come out empty handed, then they will regain both their confidence and, more importantly, top spot. A win for Bayern however and they will extend their lead and you just feel that they will go on to win their 30th Bundesliga title.

We round off with one of the most illustrious games in footballing history. The Derby della Madonnina was first played out in 1909 and since then these two fierce rivals have met 224 times to form one of football’s most acclaimed derby’s. Despite both clubs experiencing a fall from grace in recent years – neither side has won Serie A since the 2010/11 season – the passion is still as strong as ever amongst the fans and players as the two sides based in Northern Italy battle for bragging rights, if nothing else. As the fans start to fill the San Siro on Sunday however, there will be a different feeling in the air, a game with that little bit more of an edge (if that is possible) as Inter are gunning for their first title in 10 years. Antonio Conte’s side have drawn three of their last four games (they led in all three) which has seen them fall to second, three points behind leaders Juventus. They know they cannot drop any more points if they want to be in serious contention of being crowned champions but face a couple of hurdles regarding their squad going into the derby. Forward Lautaro Martinez, whose 11 league goals only begin to highlight the influence he has had on the team this season, is suspended and goalkeeper Samir Handanovic is causing headaches as he suffered a hairline fracture in one of his fingers meaning he could also miss out. The 35-year-old is pushing his manager to start him but with Inter entering a busy period where they play nine games in 29 days across three competitions Conte is wary rushing his star ‘keeper back too soon could cause further repercussions. For AC, they still have realistic aspirations to finish in a European spot as they are amongst six teams separated by three points between sixth and eleventh but the chance to sabotage their rivals’ title bid will be even more encouragement for them to strive for victory. The ‘visitors’ to the San Siro are unbeaten in their last five and have a player back in their squad who has quite a bit of experience in Milan derby’s, Zlatan Ibrahimović. You may of heard of him. There is no doubt Zlatan’s return to Milan, eight years after he left for Paris Saint-Germain, has buoyed supporters and I am sure the Swede will have his say in proceedings one way or another. What a way to round off the weekend’s football and my must see matches, you do not want to miss this one.