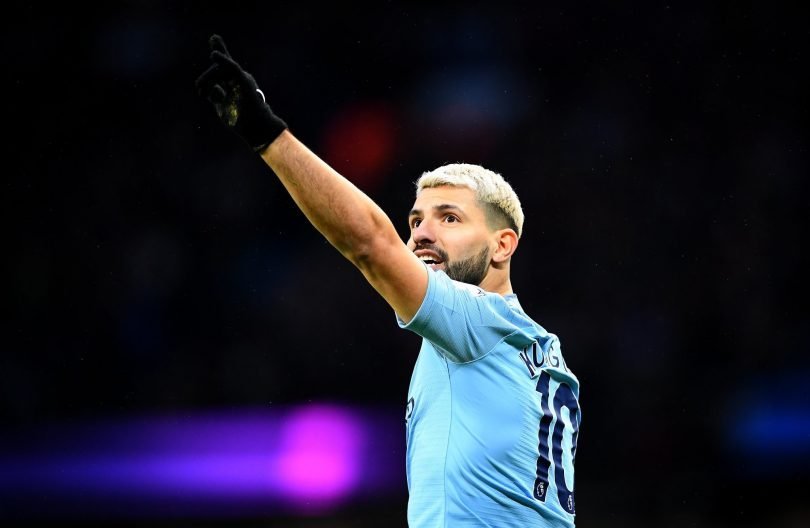 This weekend we take a look at five games up and down the country – that’s right it’s an all English affair! Chelsea and Manchester City meet at Wembley to contest the first piece of silverware this season. In the Championship we’ve got a relegation six-pointer as well as a matchup between two teams who are in a right old scrap for promotion at the top of the table. Down in League One Barnsley look to close the gap to first-placed Luton whilst in the Premier League two teams who have won a combined 38 top flight titles battle it out at Old Trafford.

Portsmouth have hit a bad patch at possibly the worst time of the season. After their 2-1 victory over AFC Wimbledon on New Years Day, they were top and had a five-point gap over second place. Since then they have gone seven league games without a win. That run includes giving up a 3-0 lead to only draw at Southend, whilst also losing 3-2 against their closest rivals Luton. Victory for the Hatters meant they now had the five-point cushion at the top of the league One table. Pompy’s hopes of two promotions in three seasons are in serious doubt as they now find themselves in fourth, five points adrift from the automatic promotion spots. On Saturday they face a Barnsley side who are in a rich vein of form. The Yorkshire club were 11 points behind Portsmouth on the 1st January, but since then they have gone undefeated (6 wins and 2 draws) to climb to second place, five points ahead of their hosts. These two played out a 1-1 draw at Oakwell back in December, but if form is anything to go by Barnsley should take this comfortably. The Tykes also have a striker in Cauley Woodrow who is in fantastic form of late, having bagged six goals in his last seven games. This match feels big to me. If Portsmouth can win then their season is back on track and their small blip will be exactly that, a small blip. A Barnsley victory however will mean the South coast club slip even further away from the top two, and will need to start looking over their shoulder instead.

A relegation six-pointer in February? Yes it really is looking that bad for Reading and Rotherham. As we enter matchday 34, Rotherham are in the relegation places on goal difference, with their hosts being the team directly above them. The fear for these two is that they could be left behind (along with Bolton and Ipswich) as both Wigan and Millwall are five points ahead of them. Of course there is a lot of football still to be played but both these teams’ recent form show no sign of gaining one point, let alone three. The Millers have won just once in their last 17 league fixtures. In that time the Royals have only managed to win twice. This up-and-down form is becoming the norm’ for the Rotherham faithful, having seen their team either relegated or promoted four times in the last six seasons. Reading on the other hand are in their sixth successive season in the Championship, and have not dropped down to England’s third tier since the early 90’s. The problem for these two is goals; Reading have failed to score on 13 occasions this season, and have only scored more than once just ten times. For Rotherham the issue is keeping the goals out at the other end, only Ipswich (56) have conceded more times than the Yorkshire club (53). Unsurprisingly the reverse fixture was a draw and, despite victory being essential for both clubs, I cannot see either of them getting it. The only hope for either Rotherham or Reading is that Bolton and Ipswich are somehow having worse seasons, so only one more team will likely go down.

Whilst other teams battle to stay in the Championship, both West Brom and Sheffield United have dreams, and realistic ones at that, to get out of the league. In the next three months we could witness the tightest promotion race the Championship has seen in years as just three points separate the top four. Only two teams can go up automatically and, as it stands, Sheffield United currently hold one of those spots. A fantastic effort by Chris Wilder’s men who only returned to the Championship last season after a six-year absence. Now United are looking to make it two promotions in three years as they hope to bring top flight football back to Bramall Lane for the first time since the 2006/07 season. With how closely fought the league is this season promotion, and even the title, are very much on the cards. However, a couple of bad results and all of a sudden United will be in a play-off battle and we all know how difficult it is to come out triumphant from the play-offs. Saturday’s visit to the Hawthorns will be one of the Blades’ biggest tests as they face the Championship’s top scorers. West Brom will be welcoming back Dwight Gayle after he served a two-game ban for diving against Nottingham Forest. Gayle has been in wonderful form this season and has 16 league goals to his name. His strike partner Jay Rodriguez is also a huge reason why West Brom are the league’s top scorers, having put the ball in the back of the net 17 times. Neither can contest Blade’s forward Billy Sharp however, as the 33 year-old’s tally lies at 22. United will be seeking revenge after Darren Moore’s side picked up all three points in the reverse fixture but with top spot a possible destination for both sides with a win, this will be no walkover.

When the reverse fixture featured in my ‘5 must see matches’ back in mid December its fair to say I criticised both Manchester United and Jose Mourinho quite heavily. That game turned out to be Mourinho’s last as United boss after Liverpool inflicted a defeat that left United closer to the relegation zone than to top spot. Since that disappointing night at Anfield it has been all change. Former striker Ole Gunnar Solskjær has taken the reins at Old Trafford, until the end of the season at least, and they are once again playing like the old United every team feared. For nine Premier League games Solskjær has been in charge and they haven’t lost once. Eight wins, 23 goals scored, Manager of the Month in January. It seems like the Norwegian has united this squad and given them the freedom to express themselves. The defence is well organised now and almost up to the standards of goalkeeper David De Gea. Paul Pogba is playing like an £89 million player should and has scored eight goals and assisted a further five in those nine games. Whilst up top Marcus Rashford and Anthony Martial are tearing defences apart. The Red Devils appear to be back to their best but Sunday’s game against one of their biggest rivals will truly show where United stand. Liverpool are in a fascinating title race with Manchester City and (dare I say it) Tottenham so every point really is crucial. The 18-times champions were top at Christmas and seemed to have an unassailable lead but after a couple of draws against Leicester and West Ham followed a first defeat of the season against Man City, the Reds are now second on goal difference (with a game in hand). City have found another gear in the new year and now Liverpool must dig deep to stay in this battle. Is a match against a rejuvenated United side precisely what they didn’t need? Or will it be the perfect springboard for them to go and win this title? Only time will tell. What I will say is you do not want to miss this game. It promises to be an enthralling edition to this ever-lasting rivalry.

The first piece of silverware will be won on Sunday as Chelsea face Manchester City in the Carabao Cup final. These two met in the league just 14 days ago and to say Chelsea fans will be hoping for a different result is an understatement. City were absolutely dominant from start to finish and won the game 6-0. That’s right, SIX! It was the London club’s biggest ever league defeat and boss Maurizio Sarri has been in the limelight since, with many calling for his head. Will we see the same result Sunday? I doubt it. In fact, I believe Sarri’s team are going to win this game. Since 2005, Chelsea have featured in 11 finals across the FA Cup, the Carabao Cup and The Champions League and they have won nine of them. The last three times they have reached the final of this competition they have won it. Despite whatever troubles they seem to be going through, the Blues always turn up when it matters. Their opponents have a decent final record too. City have won four of the last five they have featured in. The Sky Blues have also won their last three Carabao Cup finals, including last years’ against Arsenal. Both these sides are battling for significant places in the league; Man City for the title and Chelsea for a top four finish whilst both are still competing in Europe. The Premier League champions are in fantastic form since the turn of the year, winning 12 of the 13 games they’ve played in all competitions. In that time they have outscored their opponents 51-7. Sergio Aguero has found the outstanding form he always seems to find and has got 11 goals since the New Year. Incredible numbers really. Chelsea’s form on the other hand has been very hit and miss since the start of the year. They overcame Tottenham in two legs to reach this final whilst also beating Malmö 5-1 on aggregate to progress to the Europa League last 16. Apart from that though its been bitterly disappointing from the Blues. A frustrating stalemate against Southampton at home and then being comfortably beaten away at Arsenal. Before the 6-0 thumping to City, Chelsea lost 4-0 at Bournemouth so you can see why some of the fans aren’t happy. Could a Carabao Cup Final win save Sarri’s blushes? City are the favourites but I fancy Eden Hazard to carry Chelsea to another cup final win.