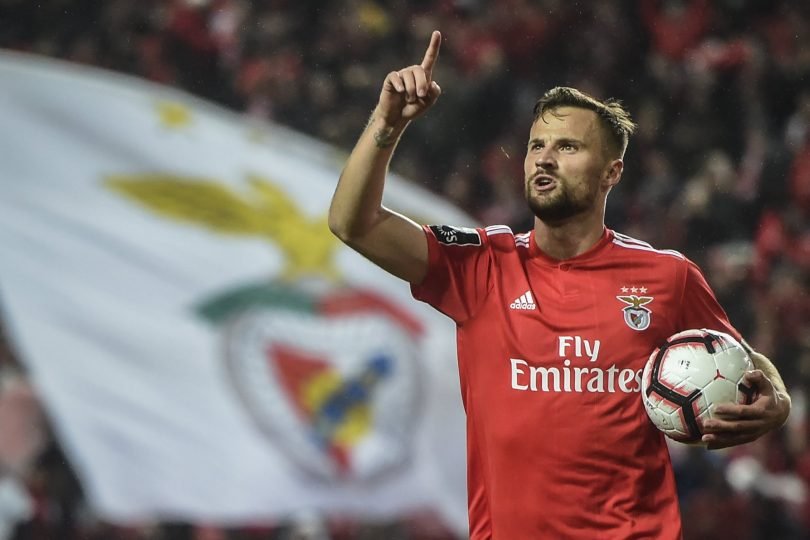 Rivalry. Built up over decades between neighbouring teams who have a genuine hatred for each other. Around the world there are many incredible rivalries that produce fascinating games time and time again. The 90 minutes that are played out in a derby cannot be challenged by any other fixture as the drive and desire to beat the opponent is so strong, teams will do anything to win. Over the next two days, five of those derbies take place across four different countries and I am here to tell you everything you need to know before they begin.

Just one week ago Tottenham had a 10 point gap over their North London rivals as they prepared to face Burnley at Turf Moor. Now Arsenal have the chance to be just one point adrift, as they hope to do the double over Spurs for the first time since the 2013/14 season. What was hailed as a “massive week” by Spurs boss Mauricio Pochettino has not gone to plan thus far, as defeats away to Burnley and Chelsea has ended the club’s slim title hopes and has now left them looking over their shoulder. If it was to become three league defeats in a row, which has not happened since November 2012, Pochettino and his men would be thrust right into a battle for the top 4 as Arsenal, Manchester United and Chelsea close in. Incidentally, that third defeat back in November 2012 came against the Gunners. Unai Emery’s men are in fine form too, winning six of their last eight league games to climb into the all-important Champions League places. They also posses a strike force in Pierre-Emerick Aubameyang and Alexandre Lacazette who have scored or assisted 12 times in all competitions since the turn of the year.   Tottenham front man Harry Kane is not shy when it comes to the North London Derby however, as the 25 year-old has eight goals in nine meetings between the clubs. His swift recovery from an ankle injury is a timely one. Spurs, despite winning four in a row, have not looked convincing without their talisman and now need him to start firing once again if they are going to salvage anything from their season. Form leans towards the visitors for this one but in a derby, nothing is predictable. A match that is so much more than three points. Who will have bragging rights in North London come Saturday afternoon? Which team will have taken a huge stride towards securing a top 4 finish? The game that kicks off the weekend promises to be a cracker!

What a way to mark your #PL debut… ?#NorthLondonDerby pic.twitter.com/ptHsTtPe8u

Derby della Capitale; the derby of the capital city. Considered the fiercest rivalry in Italy, it is played out by Roma and Lazio. This fixture goes back almost a century and in that time the level of violence both on and off the pitch has consistently risen which has resulted in it receiving a dangerous reputation. The animosity of both sets of fans peaked in 1979 when a Lazio supporter was killed by a flare that was shot from the Roma end. Fights are always occurring when these two meet and one fixture was actually abandoned back in 2004 after a riot broke out in the stadium. On the pitch the statistics follow up the violent nature in the stands, with this matchup having seen more red cards than any other in Italy since the mid 90’s. Furthermore, these two share a stadium – this absolutely baffles me by the way. I do not understand how two fierce rivals can share one home. The thought of Liverpool and Everton, Tottenham and Arsenal or the two Manchester clubs sharing a stadium seems impossible but Roma and Lazio’s joint ownership of the Stadio Olimpico is not the only occurrence of this type of situation in Europe. Perhaps it is a European thing. Anyway, both of these clubs know that a victory in this game is as important as ever. This is because they are amongst six teams battling for two Champions League spots. Roma (5th) and Lazio (6th) currently hold the two Europa League qualification places but both teams, and their fans, have bigger aspirations. After Inter Milan’s defeat on Friday night, Roma know victory could propel them to third in the table. Alternatively, an away win would see Lazio close the gap to their rivals down to just three points. The home side are unbeaten in eight, winning six of those, and have not lost at home since mid October. They have also scored an impressive 30 goals in 12 games on home soil this season. Le Aquile on the other hand are struggling to find consistency in their form. In their last ten they have won five, drawn two and lost three. With realistic hopes of a top four finish, both teams will be buoyed on even more to snatch three points in the 172nd instalment of the Derby della Capitale.

A rivalry between two of the most successful clubs in football history. With 134 domestic titles between them, the El Classico really is that; a classic when it comes to historical matchups. The first meeting between Spain’s top two teams came way back in 1916 as they met in the semi-final of the Copa del Ray. Real won 5-3 on aggregate and the competition between these sides has continued ever since. What puts this tie up there as one of the greats is the fact that so many world class players have featured for either Madrid or Barca. This means when the two meet, we are usually lucky enough to witness a truly wonderful game of football. The likes of Ronaldinho, Johan Cruyff, Andrés Iniesta, Patrick Kluivert and Diego Maradona have all worn the colours of Barcelona but there is one man who, in my eyes, stands above them all. Lionel Messi. One of the greatest players to ever grace a football pitch now captains the Catalan club and his statistics are quite remarkable. 670 appearances for Barca and in that time he has scored 585 goals and assisted 235 times. No words can describe this man. At the ago of 31, Messi still have some years ahead of him to boost those numbers too. Real aren’t short of historical figures either. Players such as Zinedine Zidane, Ronaldo, Luiz Figo, Raul, Roberto Carlos and Cristiano Ronaldo have all represented Los Blancos but it is a player like these that Madrid are lacking now. Since Portuguese star Ronaldo left for Juventus last summer things have not looked the same at the Bernabéu. Real have struggled to find a talisman and now find themselves nine points worse off than their rivals Barca in La Liga. Defeat in the El Classico on Saturday would surely end Madrid’s hopes of winning the league for a 34th time. These two met in Madrid just three days ago in the Copa del Ray semi-final as Barcelona comfortably won 3-0. Will this tie see Real get instant redemption, or will Messi and co pile the pressure onto a side that is a shadow of there normal selves.

Is this game a title decider? FC Porto and Benfica are separated by just one point at the top of the Liga NOS table as we enter matchday 24 and, with only nine games remaining after this one, three points for either side could be decisive in the title race. Add to that this is one of Portugal’s fiercest rivalries and you’ve got yourself a showdown in Porto that you dare not miss. Unlike others, O Clássico isn’t about neighbouring clubs, but stemmed naturally as the two teams are based in Portugal’s largest cites and therefore became the two richest and most successful clubs. Don’t let their geographical distance fool you though, this rivalry is as highly contested as one between two teams within a mile of one another. Benfica and Porto have fought it out over decades to see who can be the most successful Portuguese club and that is still as tight today as it was back in 1912. Thanks to their dominance not only in Portugal, but in Europe in the 60’s, Benfica have won an unprecedented 36 titles. Either one of these sides have won Portugal’s top division for the last 16 years and with there being a seven point buffer between second and third place, the feeling is that record is going to continue. With eight of Porto’s last nine games being against teams they have already beaten this season, the importance of a victory for Benfica is magnified even more. Águias do come into this must-win game in scintillating form, having won their last eight league games (including a 10-0 demolition of Nacional). The 36-times winners are also part of an elite club, as they are only one of two teams to have beaten Porto this season. Couple that with their away record, which is the best in the league, and the Eagles might just be able to sneak this one. If we do see an away victory on Saturday, Benfica will go two points clear at the top and the title will be in their hands. However, a Porto win would see them open a four point cushion and, the way they’ve been playing this season, I cannot see them blowing it.

With their stadiums separated by just 1400 yards, Everton and Liverpool’s rivalry really is homegrown. If you live on Merseyside you are either red or blue and that’s that. This Scouse derby spans back over 100 years but for the last decade or so has been dominated by the red half of Merseyside. Liverpool haven’t lost a Merseyside derby in any competition since October 2010, a run that stretches 18 games. You have to feel for Everton fans, nine years without a win against your worst enemy must be torture. Especially because the Toffee’s haven’t had too much to shout about in recent years either. A consistent top-half team yes, but they show no signs that they will be able to push for European football. For them, the Merseyside derby is the highlight of their season, whereas Liverpool became a title-winning team that also had success in Europe. So for the Reds, if they were too lose against Everton, which they hardly do, it wouldn’t be the end of the world. That being said, no-one wants to lose a derby. When these two met at Anfield at the start of December it was a dull affair, with the game seemingly heading for a nil-nil. However, a howler from Toffee’s ‘keeper Jordan Pickford in the 96th minute allowed Belgian Divock Origi to head into an empty net from a yard out to give the home side all three points. After a little hiccup, the Reds have found their form again and sit at the top of the Premier League table with 10 games to play. A 3-0 victory in Cardiff on Tuesday relieved some of the pressure off Marco Silva as his side won just their third game in nine. Can the Everton players use that victory as a springboard to finally overturn their foes at Goodison Park? Jürgen Klopp’s men are in the hunt for their 19th league title, 29 years after they won their last, and victory over their closest rivals would certainly be a massive hurdle that they had overcome.