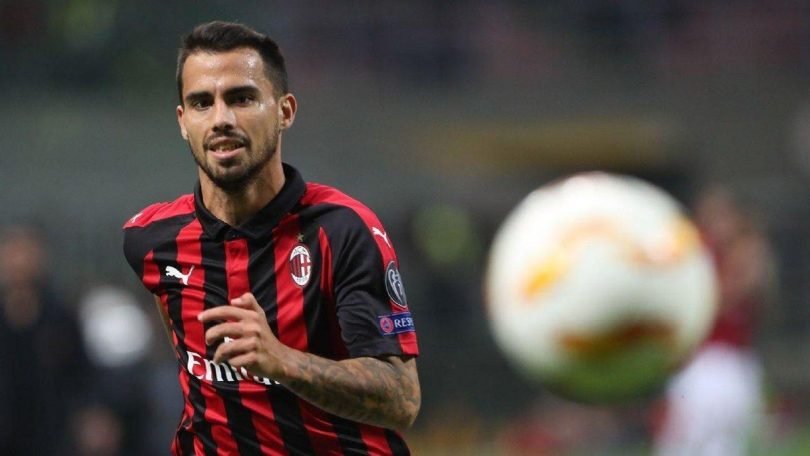 As we enter the business end of the season, there is still a lot to play for across Europe’s top leagues. Below are five games, from five different countries, between sides who are battling for the title, promotion, European football and league safety.

This has to be the most significant Yorkshire Derby in recent years. Leeds host Sheffield United in the early kick-off on Saturday with just two points and one place separating the teams. That one position is vital however, as Leeds are in second place (the last automatic promotion spot), whilst their visitors are in third. Both have been in fantastic form all season; Marcelo Bielsa’s side have the most wins in the league, are the third highest scorers and have the joint best away record. The Blades brag the second best defence in the Championship, while also having the best home record. Furthermore, they have a striker in Billy Sharp who is in the form of his life, scoring 22 goals in the 33 league games he has featured in (that tally is only bettered by Norwich’s Teemu Pukki). Both Yorkshire clubs have a history in the top flight, being ever-present there in the 1990’s and early 2000’s but have simultaneously dropped down the leagues in recent years. Sheffield United spent a six-year stint in England’s third tier, whilst Leeds are playing their ninth consecutive campaign in the Championship. Having Premiership football back at Elland Road and Bramall Lane would please not only the club’s fans, but many fans of English football as they see these two as sleeping giants whose true place is the Premier League. Both United’s were in the league when it changed from Division 1 to the Premier League back in 1992. On the pitch Leeds have a number of players who are having wonderful seasons but for me, there are two key attackers to look out for; striker Patrick Bamford and playmaker Pablo Hernandez. Bamford has had an injury-hit campaign but his return couldn’t have been timed better, as he has scored six times in his last eight games. Winger Hernandez has been in fine form all year and has double figures in goals and assists for the first time in his career. Can these two lead their team to completing a crucial double over their promotion rivals?

A relegation six-pointer. The classic cliché to show this game, between two relegation candidates, is a MUST WIN. In the eyes of Hannover 96 and Augsburg this fixture on Saturday is a must-win as both teams are right in the thick of a battle to stay in the Bundesliga. In a league with only 18 teams, the bottom two are immediately sent down to Germany’s second tier, while 16th place plays a two-leg play-off with the third placed team in 2. Bundesliga to determine which side will play in the top division next season. At this moment in time Augsburg are safe in 15th, but Hannover are 17th and in need of some victories. The home side are only three points ahead of the relegation play-off spot, but know a win tomorrow would open a comfortable gap to VfB Stuttgart, depending on their result against Hoffenheim. An away win on the other hand, and things start to get very interesting. That would bring 96 to within five points of their host and give them some hope of survival. The feeling is though that they really must win this game to have any hope of playing in the Bundesliga next season. When these two met at the HDI Arena in late October, Augsburg took all three points, but they have only won twice since then. The hosts do posses Icelandic striker Alfred Finnbogason who has bagged 10 goals this season, perhaps he will be the key in this fixture as Hannover 96 have the worst defensive record in the league, conceding 58 times in just 25 games. They are also the second-lowest scorers, so this might have to be a snatch-and-grab scenario for Thomas Doll and his men.

You may look at this fixture and think ‘a mid-table clash between two teams who haven’t got anything to play for, why is this a must see match?’ Well, I’ll tell you why – Hibernian and Motherwell are the two teams on either side of the split that the Scottish Premiership incorporate after matchday 33. Essentially, after playing each team three times throughout the season, the league splits into two, the top six and bottom six. Each team will then play five more matches against the five other sides in their half. Now, I can confidently say both are safe from relegation, there could even be a late push for European football for whichever side, if not both, finish in the top 6. The importance of this game however is because of the prize money difference finishing in the top 6 to the bottom 6. The most that can be accumulated by any team that is on the wrong side when the league splits is £1.36m, and that is only if the team finishes in 7th. Whereas if Hibs or The Well are above that cut-off line come 7th April, they will earn at least £1.48m with a sixth-placed finish. They could even rise to as a high as fourth, which would reward them with £1.72m. I know in modern day football these amounts are not ground-breaking, but for a mid-table team in Scotland’s top division, it can make a considerable difference to the squad and so those couple of hundred-thousands do make a huge difference. When it comes to form the home side are on a nice run, going undefeated in their last four, which included a draw with Steven Gerrard’s Rangers last week. Motherwell have only lost once in their last nine games, winning seven in that time. A 1-0 victory over Hibernian was the second game in that run, the second meeting between these sides – the first being a 3-0 victory on the opening day for Hibs. Who takes round three?

Dipping into the archives for @HenriAnier's winner at Hibs in 2013 ?‍♂️ pic.twitter.com/GgN3Mvyksq

Krasnodar travel to the capital on Sunday to face Lokomotiv in a game that will have crucial implications on who plays Champions League football next season. While Zenit St.Petersburg have a healthy five-point gap at the top of the Russian Premier League, the battle for Champions League qualification is certainly heating up. There are three points separating 2nd and 5th and the two teams in those positions meet in this fixture. Krasnodar currently hold the last automatic Champions League spot, however a Moskva win would see them jump out of the Europa League places and level with second place. Now seems as good a time as any to play The Bulls as they have hit a bit of a bump in recent weeks, drawing their last three domestic games to see them fall away from leaders Zenit. Furthermore, the club suffered European heartbreak on Thursday after Valencia scored in the second minute of injury time to level the game on the night but give them a 3-2 lead on aggregate. Krasnodar were under a minute away from creating club history by reaching its first ever European quarter-final, but it was not to be. It will be interesting to see how they react after that blow, will it cause a ripple in their league form or will it galvanise the team to achieve something big in these last 11 games? Lokomotiv have won four of their last six home matches but are coming up against a side who have the second best away record in Russia. The home side lost the reverse fixture on matchday 6, but I can see Loko using their opponent’s draining European adventure to their advantage and getting a win that will blow the Champions League race wide open.

The Milan derby is one of the most famous rivalries in world football. Played out between two giants of the game in a stadium that is shared by both, the San Siro. In recent years however there has been a noticeable decline from two of Europe’s powerhouses. Between 1997 and 2013 AC Milan only finished outside of the top 4 twice, and in that 16 year run they won Serie A three times. Since finishing third in the 2012/13 season life hasn’t quite been the same for the 18-times champions. In the years since they finished 8th, 10th, 7th, 6th and 6th but now the side, led by former midfielder Gennaro Gattuso, have a genuine chance of bringing Champions League football back to the San Siro (for AC Milan fans anyway). The Rossoneri are undefeated in ten, winning their last five and that run has seen them rise to third in the league. Their rivals Inter are one place and one point behind but are having a mini-crisis at a terrible time. The Nerazzurri suffered a shock defeat in midweek against German outfit Eintracht Frankfurt, the game ended 1-0 meaning the Italian side were knocked out of the Europa League. They have also been without top-scorer Mauro Icardi since mid-February after the club stripped the Argentine of the club captaincy amid transfer rumours linking him with Real Madrid. Losing Icardi has clearly had its effect on the 18-times Serie A winners as they have only won two of the six games he has been absent for. With a handful of teams waiting to pounce on a Champions League spot if either of the Milan’s slip up, every game and every point is vital. For me, this derby is perfect timing for AC; they can continue their impressive run whilst also getting one over on their rivals, leaving them vulnerable to teams not far behind.