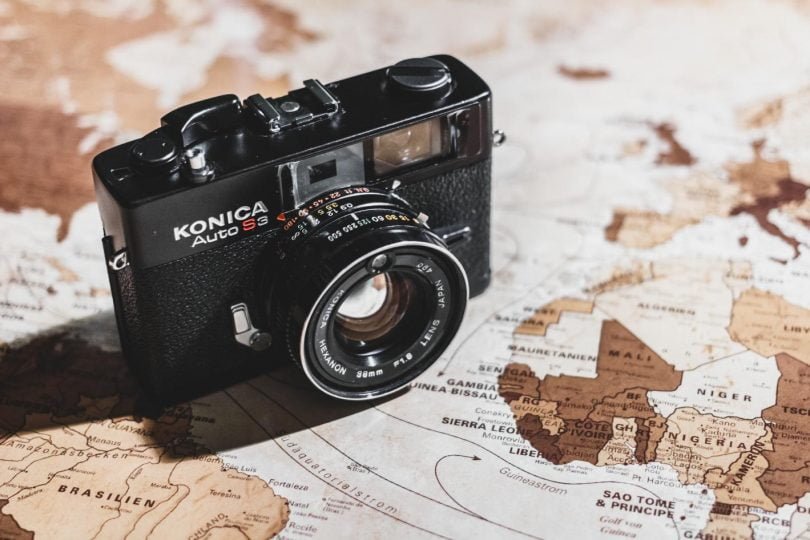 Travelling is something everyone enjoys. And what is there not to love? No matter if you enjoy the architecture and churches in Rome, or prefer to experience first hand how people party in Berlin, we all love to leave our city, pack a bag and head out for new adventures.

Yes, but holidays can prove to be quite expensive, especially if you decide to leave the continent. And, a lot of us want to escape somewhere for a weekend but think it impossible and unaffordable as there’s always something that pops up and sucks away your savings.

So, after a bit of research, I can now offer my top 10 of the cheapest destination you will find in Europe. I’ve taken into consideration not only the flights but also the price of accommodation, eating out and having a few drinks at the pub.

Lisbon is Portugal’s coastal capital, filled with ancient ruins and white-domed cathedrals. The city is famous for its seven cinematic hillsides overlooking the Rio Tejo cradle that will make you awe all day. There is fresh seafood on every corner and the cheap booze turns Lisbon into a place you don’t want to miss at night.

Athens is not only the capital of Greece but also the cradle of Western civilisation. The city is full of history and architecture, which is a must even for those that don’t really enjoy sightseeing. The cuisine is filled with fresh seafood, salads and dips. The right way to eat in Greece is to meze – order as many small dishes as possible and try everything while enjoying your drinks. If you don’t have time for a sit-down dinner, gyros and souvlaki are easy and cheap options that will leave you feeling stuffed. Athens is filled with bars and clubs, and you’ll be nicely surprised till how late, or should I say early, they’re open. And if you get tired by the city, you can always pop down to the beach to relax and catch some sun.

Riga is considered to be a cultural centre in Europe and is home to many museums and concert halls. The city is also known for its wooden buildings, art nouveau architecture and medieval Old Town, which is a home to the busy Livu Square, filled with bars and nightclubs. In summer you can enjoy the beach and in winter the magical Christmas market will make you believe in Santa again.

Budapest is split by the Danube River with the Buda Hills to the west and the Great Plain to the east. The city is filled with hot springs, as a result of which taking a bath is nothing new with a generous choice of bathhouses. The architecture makes Budapest feel romantic but the city turns to its dark side at night. Thanks to its popular nightlife, Budapest has turned into a well-known stag do destination.

Paphos is a city on the south-west coast of Cyprus and is also considered the birthplace of Aphrodite. The city has several sites related to the cult of the goddess. The modern city incorporates the harbour, and the ancient ruins of tombs, fortresses, theatres and villas at Paphos Archaeological Park. It is still a hidden summer destination but it’s one worth visiting if you are after heavenly beaches and notorious nightlife.

Dubrovnik is one of the world’s most magnificent walled cities, a Unesco world heritage site and Croatia’s most up-market destination. As other destinations, I mentioned earlier, Dubrovnik offers history in its pedestrian-only old town and a beach for those who prefer to catch the sun. The cuisine is similar to other Mediterranean cities and it contains mainly fresh seafood. Dubrovnik is famous for its nightlife amongst other Balkan countries and is a popular party destination for just graduated people. Recently, it has become well-known as one of the kingdoms in Game of Thrones.

Sofia is the capital  of Bulgaria. The city’s landmarks reflect more than 2,000 years of history, including Greek, Roman, Ottoman and Soviet occupation. Recent excavation work carried out during construction of the city’s metro unveiled a treasure trove of Roman ruins from nearly 2000 years ago. Away from the city, the ski slopes and hiking trails of Mountain Vitosha are just a short bus ride from the centre. The nightlife here is a very important part of the capital, as a large number of young people come to study in Sofia. The city has its very own neighbourhood called Student City, filled with clubs and bars.

Warsaw is the capital of Poland. Its widely varied architecture reflects the city’s long, turbulent history, from Gothic churches and neoclassical palaces to Soviet-era blocks and modern skyscrapers. The city’s Old Town was restored after heavy damage during WWII. Its heart is Market Square, with pastel buildings and open-air cafes. The nightlife in warsaw is rapidly growing which means you’re never away from a fresh beer or a nice meal. It will be very helpful to get advice from locals as the range of clubs is a vast one and you can easily end up in a lonely bar all by yourself.

Tallinn will charm you with its combination of modern and medieval. It offers a great mix of ancient church spires, glass skyscrapers, baroque palaces, shiny shopping malls, with a few Soviet throwbacks in the mix. Despite their closeness to Russia,  Tallinn has more in common with Finland. For the size of the city, Tallinn has a large number of clubs and bars which simply means more variety.

Rotterdam can easily be forgotten because of its more famous sibling, Amsterdam, but Rotterdam has a beauty on its own. Futuristic architecture, local initiatives such as inner-city canal surfing, a proliferation of art, and a surge of drinking, dining and nightlife venues make Rotterdam one of Europe’s most exciting destinations. Plus, it is less popular with tourists and much cheaper than Amsterdam.

There you have it, ten of the cheapest destinations you’ll find in Europe. You can find whatever you fancy in each one of them. I’ve selected them because they can offer history, museums and different architecture but also great cuisine and nightlife worth exploring.

Now on to booking!